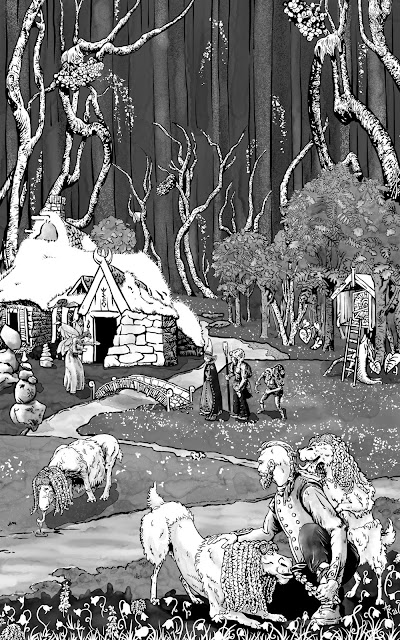 As I write this Fagradalsfjall is erupting not too far from the airport near Rekjavik, Iceland. Don't worry, they're fairly used to it.

At the same time the Spring issue of Space and Time Magazine is being released featuring the story The Hum of the Wheel, the Clack of the Loom, for which I was fortunate to provide an illustration. The story is high fantasy, written by an author who lives near the Scandinavian fishing community of Seattle and who's last name happens to be Anderson.

Therefore, before even reading two paragraphs into the story, I knew I'd be adding some Nordic elements to the illustration.

In The Hum of the Wheel, the Clack of the Loom, K. G. Anderson has created an insightful, beautifully written, interpersonal fantasy. The themes layered into the story of a man who's fallen into a relationship with a fairy are both timely and timeless. A cautionary tale for those readers still brave enough to open themselves to finding love in times of social strife.

The story is very effective in it's intent, resonating with a specific frequency for those of us just coming out of the political atmosphere of 2020, but still universally human enough to be heard by generations to come.

For the illustration I tried something different, playing with greasy grays and watercolor effects. I spent a good amount of time admiring the works of Swedish illustrator John Bauer and learning about the historic deforestation of Iceland.

In the illustration are stone cairns, a fantasy version of the turf house, Faldbúningur and Þjóðbúningur karla, vegetation that includes rowan trees, Icelandic birch, and the invasive lupine (but also elephant ears and donkey tails.) There are three ne'er-do-wells lurking at the bridge, one of which an insurrectionist shaman (which I only hope in years to come will be a lost reference.)

I'm curious to see how the new techniques print. What works and what does not.

Meanwhile, there's fresh lava on the island. I dream of Iceland often. It didn't feel like home while visiting but, years later, I wish that one day it could be. 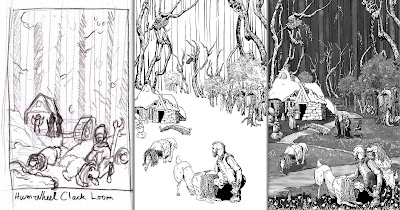 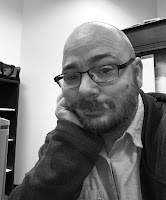